More and more businesses have begun to examine blockchain technology for their projects since it promises to cater to applications that need data storage or ledger-type functionality. In reality, blockchain is possibly beneficial to nearly any software that needs to store and access massive amounts of data safely and reliably, regardless of its specific use case. Builder.ai is one of the best app development platforms to build a blockchain app. But, more specifically, what are the advantages of using blockchain technology in mobile applications? The benefits range from increased security and dependability to lower development and maintenance expenses.

Blockchain is a distributed network based on several linked “blocks,” contributing to the platform’s overall security. Each block contains transaction data and a timestamp for the block before it. Cryptographic hashes encode the data, making it extremely hard to modify even a single data block without being detected. The criminal gets away with it most of the time since there is no immediate or short-term discovery. However, using blockchain technology is not feasible; a change is instantly visible, and efforts to disguise the adjustment would require a significant investment of time, processing power, and action.

Benefit #2: Blockchain is a dependable technology.

Blockchain technology is trustworthy and tamper-proof since it was created to be safe and stable, with a high degree of Byzantine fault tolerance (meaning the distributed nature of the hardware makes the system rigid and impervious to collapse). These characteristics are desirable yet rare to find in a mobile application.

This technology employs blocks that include data stored in more than one area, resulting in redundancy that significantly increases the system’s dependability. Furthermore, as previously stated, blockchain’s interconnected, distributed structure makes it resistant to unwanted data change. Meanwhile, the distributed nature of blockchain hardware (i.e., its servers) significantly improves the network’s resilience in general. A single occurrence would rarely affect many data centres in different locations.

Blockchain’s incredibly dependable and secure nature makes it suited for a broad range of applications, ranging from recording commercial and financial transactions to acting as a platform for medical record preservation and everything in between. Any application that requires a considerable amount of data storage has the potential to profit.

Benefit #3: Blockchain is a straightforward platform.

One of the numerous benefits of blockchain technology is its relative simplicity, especially when compared to other technologies supposed to do similar activities as blockchain. Additional software is often more challenging to design, maintain, use, and integrate into your mobile app platform than mobile app software. The increasing complexity leads to much higher development costs and increased maintenance-related expenditures. These characteristics make blockchain appealing as a cost-saving tool for anyone looking to construct an application.

Benefit #4: Blockchain is a work in progress that will continue indefinitely.

Bitcoin and LiteCoin, among other cryptocurrencies, are gaining popularity at an alarming rate, and this is propelling the development of blockchain technology at a breakneck speed. It implies that you’re choosing a technology that will be useful for many years to come and will also be subject to substantial changes and enhancements.

Fortunately, the technology that constructs blockchain is publicly accessible on an open-source basis, allowing anybody to read and modify the source code. Since open-source technology enables developers or a layperson to share advancements and upgrades with others, you won’t have to depend entirely on your in-house development staff to keep up with the times. As a result, you may reduce development expenses while still reaping the advantages, making advancements, and making improvements associated with blockchain technology. Builder.ai lets you build blockchain-based apps quickly.

Although still in its infantile stages, blockchain technology is poised to make significant strides in the following years as more and more developers choose to incorporate blockchain technology into their digital creations. Consequently, some genuinely great applications with unequalled security and dependability may emerge.

If you’re considering incorporating blockchain technology into your mobile application, you’ll want to have a flexible platform based on new technologies. And that’s what you’ll get if you work on Builder.ai. 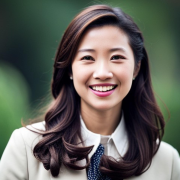 6 Best Metaverse Apps For Android To Enter In Metaverse World What Are the Advantages and Disadvantages of Appslub?

TOP 5 Android Mobile Apps That Are Useful For Businesses